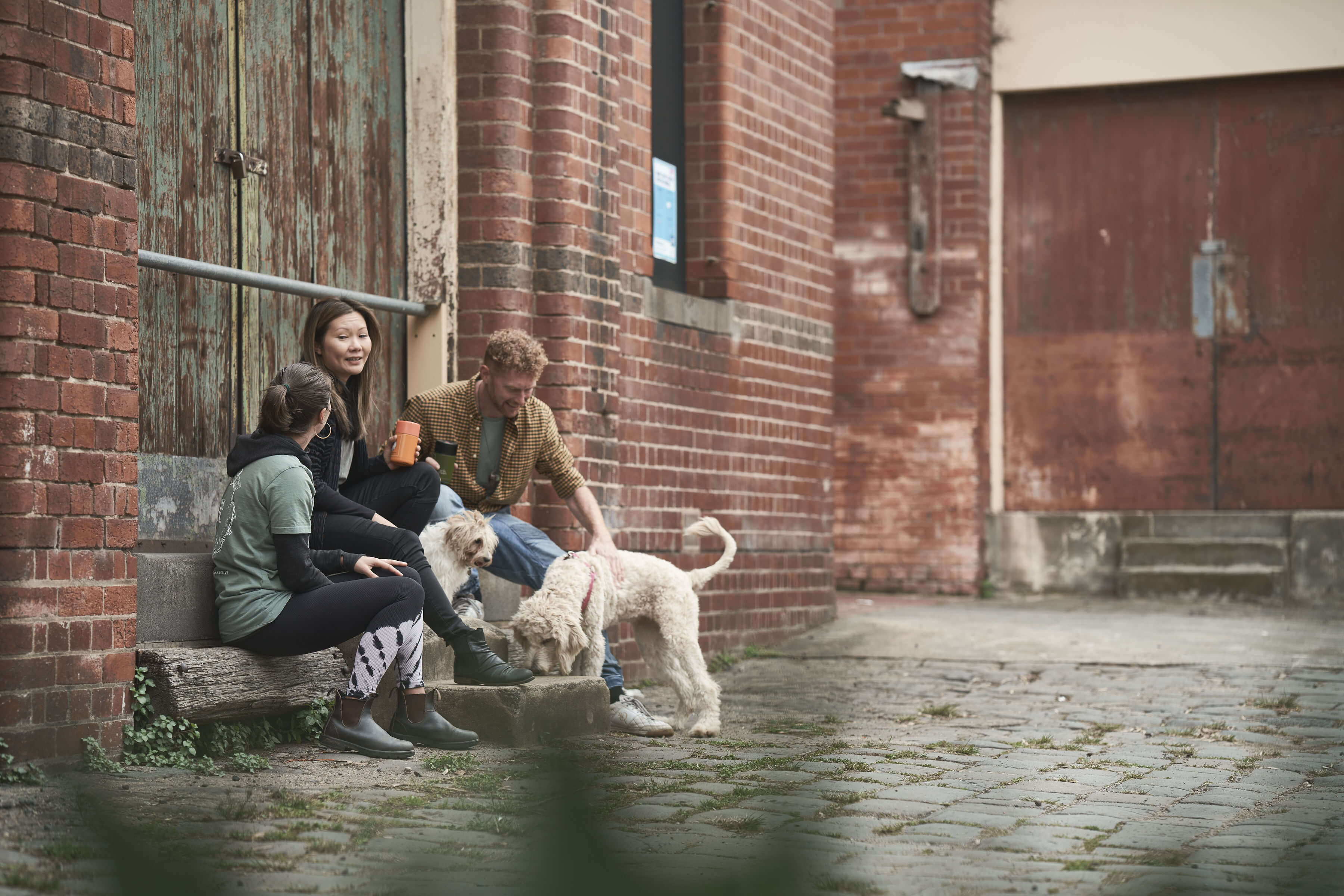 What’s a Property Collective, and how can it help home buyers?

According to the ABC’s Australia Talks National Survey, some 63 per cent of Australians think owning a home is now out of reach for young people. Without an intervention from the ‘bank of mum and dad’ or any other fluke windfall, many working Australians find themselves, quite simply, priced out of the housing market entirely. And no, it’s not just because they’re eating too much avocado on toast.

Thankfully, there are a few enterprising souls who are trying to cut a better and more innovative deal for Australian homebuyers. Tim Riley, who started Property Collectives in 2010 in a bid to bring more affordable housing to Victorians, is one such soul.

The idea for Property Collectives – which Bank Australia has been a proud supporter of since 2018 – was borne out of Tim’s experience of teaming up with an old friend, an architect, and pooling their budgets to buy some land in Northcote with a view to building four townhouses on it. “We were both at a stage in our lives where we wanted to buy a house, but we were budget constrained and we didn't really see anything in the market that we liked or could afford,” says Tim.

But instead of going it alone as a duo, they brought in two friends – homebuyers in a similar position – and split the total costs of the project four ways. The division of costs in this manner meant more control over the design and build process, and a much more affordable outcome. “We ended up with a townhouse each, at cost,” says Tim.

Tim never intended to start a business out of his idea, but interest grew organically over time. And now, over a decade later, Property Collectives has helped facilitate nine collectives (60 homes) in suburbs like Northcote, Thornbury, Brunswick, North Melbourne and St Kilda.

“More affordable housing – that’s really the essence of what we're trying to do,” says Tim. It's about trying to make good quality homes more affordable for people. And the way we've come at doing that is to empower participants to become the developer, to split the costs with other buyers, and then internalise those developer margins.”

The model Tim uses is similar to the German model of baugruppe which, in English, translates to ‘builders group’ or ‘building collective’. It means sharing the responsibility of building. At one point in Berlin, baugruppe’s were responsible for delivering 10% of new builds.

According to Tim, the collective model allows homebuyers to get their homes at around 15% cheaper than something that’s broadly comparable on the market. “This approach to delivering housing allows people to have much more control over their future homes and be much more innovative. They’re involved in the decision making process and end up with a home that better suits their needs. People don't really get that when they're buying off the plan.”

Underpinning Tim’s work with Property Collectives is a desire to be purposeful in his vocation. And despite having “stumbled upon” the collective model, he is an advocate for people pursuing more purpose-driven careers – if they can. “I've always wanted to try and find something that aligns with my values that I could put my energy into and believe in,” he says. “I feel lucky that I managed to stumble across something that allows me to do that.”

Bank Australia helped finance the purchase of Property Collective’s newest project in Brunswick West, the Victoria Street Collective, a 10 home development next to the Westwyck eco-village. The project is scheduled for completion in 2022.