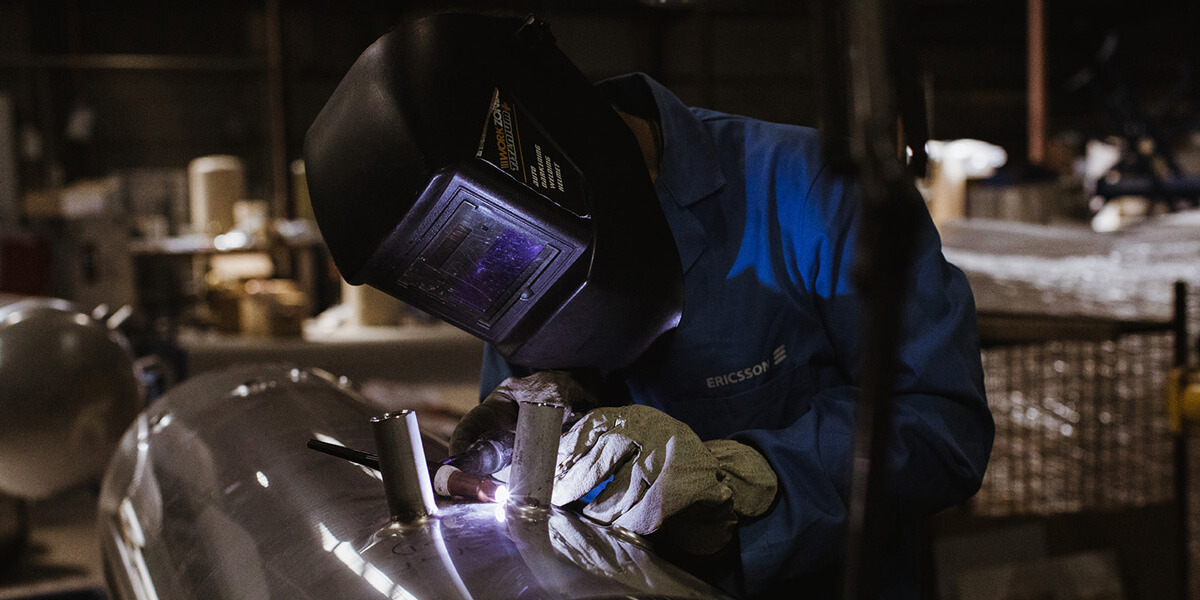 The power of community action: meet the Earthworker Co-Op

Earthworker Energy is Australia’s first community-owned, clean-energy manufacturer, and they’re turning the traditional manufacturing industry on its head. We sit down for a chat with co-op secretary Dan Musil to find out what it’s all about.

Morwell, a small town in the heart of the Latrobe Valley and shadowed by the old Hazelwood and Morwell power stations, may seem an unlikely place for Australia’s first community-owned, clean-energy manufacturer. But the Earthworker Energy Manufacturing Cooperative is doing just that.

Sitting under the central body of the Earthworker Cooperative, Earthworker Energy is a community-led initiative where the workers have a stake in the business. They’re seen as owners, and get an equal say – and equal share – in how things are done.

Earthworker, as a whole, was set up as an effort to get environmentalists and unionists working together, understanding each other, and trying to find common solutions to the supposed jobs versus environment contradictions.

“Over the past decade, our work has been focussed on creating a network of cooperatives; democratically owned and run enterprises that do socially and environmentally useful work, and create dignified employment,” explains Dan Musil, Earthworker’s secretary.

Earthworker Energy in Morwell specialises in manufacturing and installing solar hot water products. Along with saving money and reducing pollution, our hot water systems are creating jobs and helping the Latrobe Valley transition into clean energy.

“The factory is trying to build working examples of what a future for the Valley might look like,” says Dan. “Something that’s more sustainable, and importantly for us, more democratic and based in the community, to build up community resilience and self empowerment.”

Earthworker’s aim is to break new ground, and demonstrate that the traditional model of manufacturing – and relying on fossil fuels – can be done differently.

“If we lead by example, hopefully we’ll encourage others to do the same,” says Dan. “Then we can spur on governments to get behind projects like this, and allow them to scale up.”

The co-op model is a unique example of the community taking action in the absence of government support. While much needed funding is still missing in action, the team are pushing ahead and tackling any challenges that come their way.

“We’re not waiting around for a white knight, or Elon Musk, to rock up and save the day,” Dan says. “Our co-ops are communities, and we’re taking action with the skills and strengths we have at our disposal.”

While Earthworker is most notably known as a factory model, it’s just one part of the network. Two other important cooperatives sit alongside the Morwell business: Redgum, a domestic and commercial cleaning outfit in Melbourne, and HOPE Cooperative, a social enterprise set up by – and for – refugees and asylum seekers. HOPE provides support to people with asylum seeker backgrounds to help them complete their studies, promote broader community understanding and cross-cultural connectedness.

“We have a wide range of members from across the country who support this growing network of cooperatives,” Dan explains, “from lifelong trade union activists supporting economic justice, to environmentalists who have been thinking about sustainability and climate change for a long time – very often, they’re both at the same time!”

The cooperative model allows – and encourages – people from all walks of life to get involved.

“It’s why we’re a Bank Australia customer.” Dan says. “These kinds of democratic enterprises – like credit unions and customer-owned banks – are essential for us to build a more just and sustainable economy.”

Chasing a new efficient hot water system, or keen to find out more about the Earthworker model? Read all about it here.